I’m about 11,000 words into my novel THE ROCKY ORCHARD, so have not exactly perfected the elevator speech.  Here’s a stab at a synopsis, following by a new snippet:

A woman retreats to her old family farm and encounters an older woman. The two form a friendship over daily gin rummy games. As the younger woman reflects and remembers her past times at the farm, it becomes increasingly unclear exactly what is happening.

Mazie and Lula cut the cards to determine who would deal the first hand.  Mazie drew the ten of spades.  Lula drew the nine of clubs, and Mazie began to shuffle. “You know I promised myself I wouldn’t talk you to death again today, but, do you know what?  These cards were here when we bought this farm. The Bishops – the people who owned this place before my family did – just walked out one day, and we walked in.  They left everything.  Everything! Like a neutron bomb had gone off.  Every sign of human life had vanished; every remnant and relic stayed behind.  The kitchen cabinets were filled with their dishes.  The drawers held their silverware, their cooking utensils, their pot holders.  Towels hung on the towel racks.  Freshly washed sheets lay carefully folded in the upstairs bureaus.  Extra ones, because all five of the beds had sheets and blankets and pillows already on them, carefully arranged.  They left their board games, and their decks of cards, even their jigsaw puzzles with a piece or two missing, in an old oak table.  I used to go around each room of the farmhouse, opening every single drawer and looking at the things inside.  It was as if my family had walked right into someone else’s life.  I mean, look at these cards!  At some point in history, somebody went into a store somewhere and looked through all of the decks of playing cards, and they picked these – the ones with the Grecian urns overflowing with fake grapes.  One deck with a watery purple background, the other deck a muted peach.  Someone thought these extremely odd cards were the perfect thing.  And here we are, two people who were complete strangers just a few days ago, who met by chance, now playing a game of gin rummy with those very cards, so many years later.”

“Two people who at some point may play gin rummy,” Lula said.  “Or may not.”

Bottom photos of Jessica Tandy, the image I have of Lula. 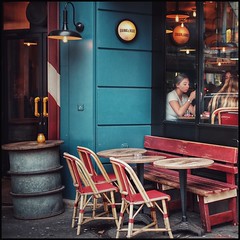 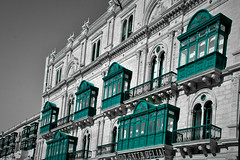