I hope you enjoy this snippet from my novel-in-progress, “The Rocky Orchard.” And if you’re in the same general vicinity of the U.S. that I am (Chicago), I hope this snapshot of a glorious summer day provides a bit of comfort against the brutal cold!

There was not a cloud in the sky the next morning, the sun dazzling the first second it burst over the horizon.  The morning dew, heavy on each individual blade of grass, lit up into a sea of sparkle as millions of dew drops reflected the sun’s rays.  Mazie opened the porch’s screen door and let it slam its completely-familiar slam behind her.  She needed to feel the carpet of wet grass outside on her bare feet.  She kicked a foot hard into the grass, sending a fountain of droplets into the air.  She watched their arcs of ascent and fall.  The power of the early sun combined with the chill of the dew on Mazie’s feet sent a thrill through her entire body.  The eerie silence of yesterday’s fog had been displaced; the forest erupted into raucousness, birds seeming to have increased their volume in jubilant recognition of the day’s beauty. An industrious spider had spun an intricate web that ran from the screen door to the nearest bush, and each of the delicate strands glistened with dewdrops.

Mazie kicked once again into the grass, and when she looked up to watch the droplets spray into the air, there was the old woman, walking stick in hand, standing at the near end of the orchard, no more than twenty feet away.

“Well, it was actually a rather common name way back.  Sometimes short for Luella and sometimes for Lucretia, even Louise or Talullah.”  Lula tapped her walking stick against the bottoms of her shoes to knock off the clumps of dirt, and she adjusted her hat.  “Funny thing is: my name isn’t any of those.  It’s Eulalia.”

“Oh, I’m glad you like it, dear.  Can’t say that I was ever nearly as excited as you seem to be.  Not that I ever heard anyone call me that.  I was Lula as long as I can remember.”

“I’m not sure that I can call you Lula,” Mazie said. “Sometimes we just can’t stray too far from the ways that we were raised, I guess.”  Mazie smiled.  “My parents would faint if I called an older person – a person who was older than me; I hope I’m not offending you – my parents would die if I called you ‘Lula.’”

“Are they here, dear?”  Lula pretended to crane her neck and did a quick, exaggerated scan of the area.  “I hadn’t seen them.”

“Mazie.  My name is Mazie.  Not short for anything.” 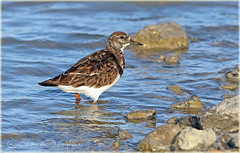 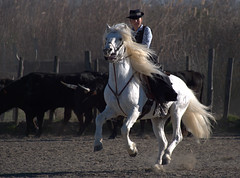 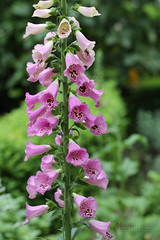