Anne bounded through the door of the second-grade classroom like the Connecticut-bred thoroughbred that she’d been born. A giant-eyed toddler moppet trailed well after her, a baby bottle filled with Pepto Bismol-pink liquid gripped between her teeth as she strangled a blankie with both hands.

“I’m a little early!” Anne announced to the room in general, raising her arm as if to hail a cab.

“I hope that’s OK!” Only after she said this did her eyes cast around to land on the two people – the teacher and me – who stood at the front of the classroom.

“That’s ok, we were just finishing up. I think,” I said. She saw that my eyes had been drawn to the freakish pink inside the bottle.

“Strawberry Quik!” she said. “It’s the only way I can get her to drink any milk!”

She was loud. Every sentence had an exclamation point at the end. She wore Doc Martens and a long skirt on an airless, sweltering summer day. I liked her immediately. Even before she parted her lips into a mischievous smile and belly-laughed.

“Do you have a kid in this class?” she asked me. “Any chance it’s a boy? My son’s gonna be in this class!” Before I could answer, she laughed again. “Or am I talking to the wrong person? Which one of you is the teacher and which one is the other parent?”

I introduced myself. I always introduce myself as “Barbara.” I don’t believe Anne ever called me “Barbara.” Not even once.

“OK, Barb! Great to meet you!” she said. “So you must be Ms. Mahoney,” she announced to the teacher. “Hey, Barb, if you have time, is there any chance you could keep an eye on the baby while I talk to Ms. Mahoney? She’s kind of at that age…”

Until then, I had been under the impression that Anne was oblivious to her daughter’s careening destruction of every single thing in her path. But she wasn’t oblivious. She saw it all, and let it happen anyway.  Not out of neglect, but rather, by design. 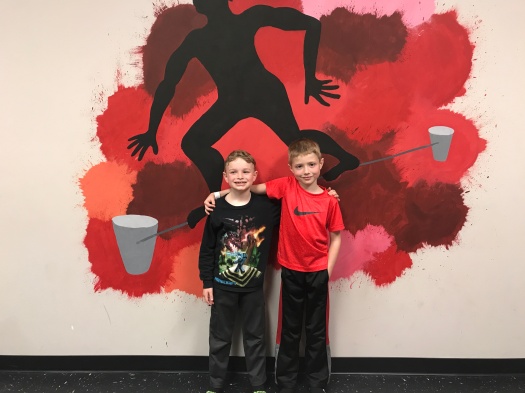 As I work on getting my third completed novel Out There, I am playing around with several new ideas — such as the one above.  Perhaps one or more of them will come together into the next long[er] work.  Stay tuned!