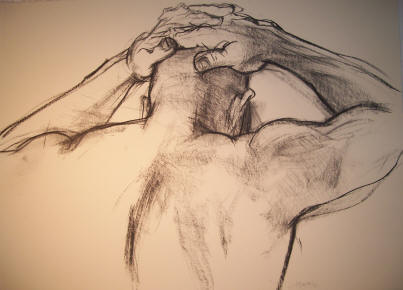 Madeline became deeply attached to bodies. To the body of her lover. The curve of the calf, line of the toes, rises and declivities of the chest, sprout of hairs on the lower abdomen – every bit of it became an imprint deep within her, just as a baby duck becomes imprinted on the first thing it sees, nothing forever after seeming right, or even possible.

She remembered when she first saw Michael – the previous body in her life — naked. He looked like one of the blue people in the movie “Avatar” – stretched to unreasonable tall leggy thinness. But in a short time, his body was the only one that made sense to her. Legs that were not as long, calf muscles that were less taught seemed…mildly distasteful to even consider.

Hands, most especially, stirred inside of her. If e e cummings carried her heart in his heart, Madeline carried his hands. 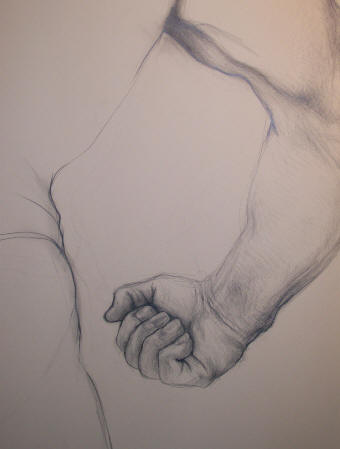 Madeline thought of Dan’s hands. The dense, ropey tendons across his palms from that disease she could never remember the name of. The blood-red tips of his fingers.

My problem, Madeline said to herself, is that I want someone at the receiving end of my thoughts. That voice inside of my head. The “me” voice. I like the idea that someone else might be hearing it. Otherwise it’s just me. Me me me. Seems a little overly self-involved. Seems a little pointless to be doing a running narration of my own life to myself, for myself.

That’s where the body comes in, she realized. That’s why I carry his body around inside of me. So he’s there, too.

2 Replies to “The Male Body, new from the novel “Pushing the River””