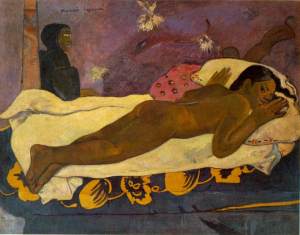 Madeline and Dan sat at the dining room table, blowing on their spoonfuls of piping hot, warmed-up lentils.

“So, have you thought about when you’re going to tell your ex that you’re in a new quote relationship unquote?”

Dan’s spoon stopped in mid-air. He leaned all the way back in his chair. “Why in the world would I tell her that?” He looked at Madeline as if she were utterly mad.

It was Madeline’s turn to sit back in her chair. She scanned Dan’s face for some flicker that was not there. “Um, yesterday, you said you had been thinking about it. You said you thought you needed to tell her.”

“I couldn’t possibly have said that, because there is no possible way that I would think of telling her.”

That was the conversation — and the end of any further conversation– during last evening’s dinner.

Madeline was going over it in her head as she nuzzled her cheek against the top of Dylan’s head. She certainly knew by now that Dan had a seriously crap memory; but this seemed to go well beyond the usual. It had been one night before, as they sat in those same chairs at that same dining room table, digging into take-out food from the local favorite Chinese spot. Through a mouthful of Szechuan broccoli, Dan said, “I’ve been thinking about Nancy. I’ve been thinking that I need to tell her about you. I mean, even though the “relationship” relationship has been over for years, her friendship is really important to me. I think it’s the right thing to do. I need to tell her.”

Madeline had said something along the lines of “oh” in response, not actually caring one way or another if Dan told some ex-lover Across the Pond about their…whatever-it-was. Perhaps this would have mattered to her a great deal if times were a bit different, she thought. But when you had police knocking on your door – twice in one night – and child protective services filling out forms in your living room, priorities tended to shift.

A grim picture entered her mind. What if her memory was just as crap as Dan’s? What if she just happened to remember that particular conversation, whereas there were countless others that she did not recall. What if, God forbid, she and Dan actually had the same conversations over and over and over? And, if that wasn’t already the case, was that the inevitable future? 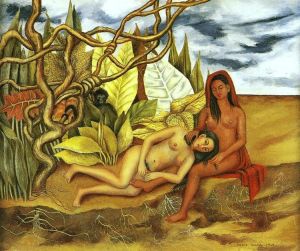 Madeline saw herself sitting in the chair that her parents let her take from her room at home to her room at college. The super comfy arm chair with the flesh-covered, bizarrely nautically-pattered slipcover. She ran her fingers along the welted seams while she read her way through her college years. The cover of the book was bright red. She had taken an anthropology course on Varying Meanings of Life and Death to fulfill some requirement or other, and had ended up fascinated, pouring over the descriptions of other lands and other people, regaling her roommates at the dinner table with tidbits she could not wait to share.

The one that bubbled up from deep memory just then was this: there was a society in Spain – she was fairly sure it was Spain – where the people believed that life and death are not moments, but rather processes. A person emerges gradually during childhood as life grows; likewise life retreats from a person gradually as they age.

When does that begin, Madeline wondered? Has it already? 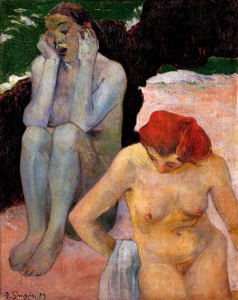 One Reply to ““Fading In, Fading Out,” new from the novel “Pushing the River””