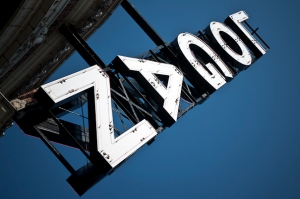 I said to my daughter, “Once I’ve been out and about in my new hood for a while, such as we are now, I begin to feel like I am inappropriately un-dyed, un-pierced, and un-inked.”

She looked around the cafe for a minute and said, “Well, not everyone is dyed.” Then she added, as if this were sure to make me feel better somehow, “but everyone is also about 30 years younger than you are.”

I have done it. I have gotten myself moved out of my home of 32 years in the suburb/small town/social experiment by the lake known as Evanston; and I have relocated to a lovely apartment in the Logan Square neighborhood of Chicago. The move was, and still is, a roller coaster combination of wrenching myself away and fleeing with unfettered glee. I said to my friend the other day: “it’s kind of like when you break up with someone after a long-term relationship, and you know that person is totally not right for you. So even though you don’t miss them, there are things that you miss about being in a relationship.

I have begun a new relationship, and feel all the thrill and trepidation and mystery and hope that entails. Here’s the thing: Logan Square does indeed have its share of hipsters, meaning street corners filled with plaid shirts, one pant leg rolled up, huge sunglasses, ink sleeves, ink calves, top knots, and forgodssake, little babies in strollers wearing fedora hats. I am an open-minded and tolerant person, but that is just wrong. Babies are supposed to wear giant, floppy, silly sunhats while they are still too young to protest, not giant sunglasses and fucking fedoras.

Another thing that requires an adjustment on my part is the beard situation. A high percentage of men walking around are sporting extremely long, scraggly, Duck-Dynasty worthy facial hair. In other words, they look very much like my son did when he walked out of the woods and into my sobbing arms after his 5-month backpacking trip on the Appalachian Trail. His sister, who hiked the Trail with him, looked fit and pink-cheeked and aglow with good health. My son, on the other hand, was doing an outstanding impression of a starving, homeless person – an impression that was greatly enhanced by the beard and the fact that mice had been chewing holes in his stocking cap, not to mention his frightening thinness.

It required a great deal of will to restrain myself from my desire to force feed him continually for the next couple of months while he returned to his normal size. Anyway, this is a problem now because I’ve clearly developed a weird association in my mind between long, scraggly beards and starving. I know it’s not cool when I run into my next-door neighbor (on his bike, all inked up, beard wafting in the breeze) and mention to him that I just got back from the grocery store if he’d like me to dig out a few cookies.

I, as it turns out, am tragically unhip. 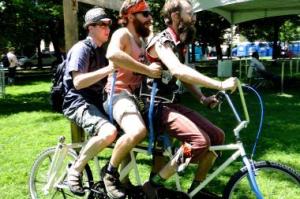 One Reply to “Tragically Unhip, Tales from Logan Square”