While I continue to mull the future of “Pushing the River” – whether I will put the novel aside, discard it, work on a new, different project alongside it, or attempt to power through a finished first draft — it strikes me as a worthy idea to write something in the meantime. What has been on my mind quite a lot lately is: my mother. Undoubtedly this is because my own two children lost their father in a horrifying bike accident this past August; and it has created rippling echoes of my own first parental loss, when my mother did not wake up one morning in July, nearly forty years ago. She was 56 years old, and I was 20.

Here, then, is the first “Stories of my Mother.” 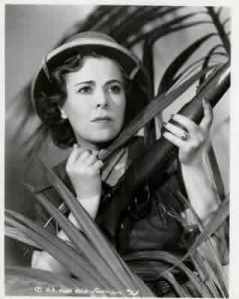 My mother hailed from a long line of rail-thin, nasal-voiced, energetic women who were capable and prepared at the drop of a hat to whisk into the kitchen and whip up a corn pudding or a batch of date bars well into their 80’s and 90’s.

My mother’s own mother came from a family of five children – four sisters and one brother – Edna, Lula, Ralph, Nell and Honey. Ralph was apparently a gentle and quiet soul who faded away and died quite young, leaving the four sisters to march into old age and beyond in their own brisk company.

Edna was the eldest, the smallest, the most serious, and arguably the most capable of the batch. The death of her husband in the early years of the 20th century did not deter her from providing a loving home for their only son, while dipping her hand deep into the well of local politics and remaining involved in any number of civic organizations that endeavored to protect the excellent quality of life she found in Grove City, Pennsylvania. All the sisters had snow white hair from an early age, yet never seemed to change much after that. It could scarcely be believed when the day arrived, in her early 90’s, when Edna registered mild annoyance at her son when he asked her how to spell a distant cousin’s name – Becky – and she replied “B-E- eck – eck – Y.”

It was when my mother gardened that she most strongly exhibited her damn-the-torpedoes heritage.

I was born in the 1950’s to a physician father and a homemaker mother who had earned a PhD in Biochemistry. She worked as a chemist and physicist during World War II, helped write the first full assay of Vitamin C, then elected to stay home with her babies and never looked back. She committed to being a wife, mother, PTA member, churchgoer, bridge player, etc., with the square-jawed determination that I can only assume a woman would need in abundance to earn a PhD in a science in the late 1940’s.

Just as Donna Reed, June Cleaver, and their ilk would have you believe, women of this era lived their lives in dresses and skirts. In shirt-waist A-lines, or slim pencils, they cooked, cleaned, chauffeured, reprimanded, volunteered, and – if they were especially efficient and read the right ladies’ magazines – greeted their hard-working husbands at the door with a cheerful smile, a well-mixed cocktail, and the aroma of Big Meat wafting through the household.

Women wore trousers only if the situation deemed this indignity inescapable. If it was blazing hot, it was acceptable to wear “pedal pushers,” a trouser also sometimes called “clam diggers,” but relegated mostly to Californians, bicycle riders, and teenagers dying to adopt new and shocking trends. Once in a great while the temperature and humidity would soar well beyond the pedal pushers zone, and my mother would unearth her shorts for an afternoon of gardening. 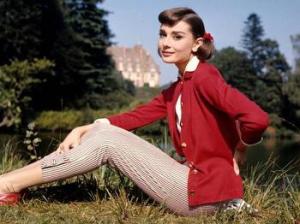 Despite the fact that skirts still hovered just below the knee back then, and pedal pushers hit at nearly the same latitude, shorts of the time were alarmingly, well, short. Though it happened two or three times each summer, I never felt prepared for the sight of my mother dressed head to toe in clothes that never saw the light of day otherwise – white Keds sneakers, thin nylon ankle socks folded down in precise cuffs, extraordinarily short shorts, and sleeveless button down blouses with impossible color combinations of checks and plaids.

I may as well come out and say it: the sight of my mother’s mile-long, stick-thin, never-seen-a-drop-of-sun, otherwise skirt-covered legs horrified me. I was humiliated and embarrassed and saddened well before the age that all daughters are horrified and embarrassed by their mothers. I immediately went about the business of planning an afternoon inside the house, safely behind closed black-out drapes. 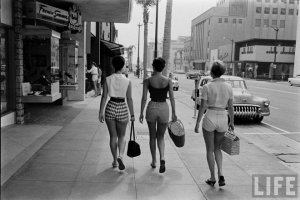 My mother gathered up her armament of tools with the precision of a scientist who had tested munitions during World War II. She inserted her hands into her cracked, worn leather garden gloves with the care and confidence of a veteran surgeon. She approached an afternoon of gardening as her many generations of Naval officer family members undoubtedly approached their duty to protect their country. And though I could not bear to look at my mother’s frighteningly pale, spindly legs, I understood completely that when my mother returned to the house in the late afternoon – without a hair out of place or a drop of sweat on her brow – not a weed, nor a withered stalk, nor an unsightly rock would remain in the extensive garden borders. Not a one.

2 Replies to “Stories of My Mother”