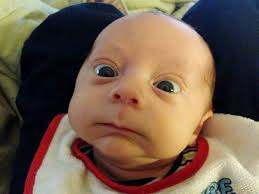 Those of you loyal and intrepid souls who have followed my blog posts of “Pushing the River” – my third novel-in-progress — well, undoubtedly you have noticed the rather vast silence of the past couple months.

It was nearly two years ago when I was enjoying a glass of wine with my friend Mary, regaling her with the latest tales of my extended family and trying to make some sense of it all. The number of people residing in my home kept growing, and with it an increasing quiet chaos and sense of foreboding, inescapable doom. Between sips (or perhaps gulps, by that point) of wine, I told Mary that I was seriously considering beginning a third novel sparked by the events taking place in my house. Without missing a beat she said, “Ha! And it should be told from the point of view of the house itself!”

Viola. Inspiration. As it usually occurs – as a completely unexpected bolt from the blue in the form of an idea I could steal outright from someone else and make my own.

Life has thrown some pretty good punches since I began work on “Pushing the River” – just as life is wont to do. I have a decent one hundred or so pages, much of which I am reasonably pleased to re-read and know the words are mine. But the strangest thing has happened. I seem to have lost interest. In all of it! Even stranger – my friend and fellow writer Rita apparently saw this coming, and told me this recently over a shared glass of wine.* (*Obviously, there is a critical causation at work here; I must heed it and continue to drink wine regularly with good friends.) Rita (correctly) had the belief that this book, as I originally explained its conception to her, would need to be written quickly, almost breathlessly, to pour out a first draft while the fire of the original idea was hot within me. In some sort of shaman-like wisdom, Rita foresaw that if I couldn’t churn it out fast, the combination of me and the idea would lose momentum.

Well, here I am, just as surprised as you are.

4 Replies to “I Am Just As Surprised As You Are”