“Would you like a house tour?  Want to see the rest of the Haven of Love?”

Strolling the myriad of rooms, Dan remained decidedly quiet.  Madeline ran her fingers along walls and gestured with giddy abandon as she dug up tidbits of historical facts about the 100-year-old house, and recounted treasured memories of her thirty years within the confines of its walls.  Dan nodded once or twice.  He knit his brow now and again.

The house tour completed, Madeline plopped down beside Dan on the sofa, their thighs pressed together.  The arc of the evening – the deep pleasure of Auggie and Bess, the astonishment of Dan actually getting it about her house, the chance to tell its stories – had left her in woozy, buoyant spirits.  She sighed aloud and rested her head against Dan’s shoulder.  He reached his arm to encircle her, kneaded her shoulder, then withdrew it.

“Are you feeling it?  Are you as totally uncomfortable as I am?”

For a split second Madeline thought he must be pulling her leg.  An attempt at a bit of ha-ha hipster ironic humor; but one quick look at his face persuaded her that this was not the case.  “What?” she said.

“You can’t tell me you’re not feeling the same.  How completely different this is from last night.  How awkward.”

“Last night just flowed.  Every minute.  Flow.”  Dan sat forward on the couch, leaning as if ready to spring.

Something old, and very deep, within Madeline felt a profound shame.  She tamped down the instinct to apologize over and over, to do anything, to do everything, that might possibly make Dan feel better, like her, want to stay, want to hold her, want her.  She was also aware of a flash of rage, an intense desire to slap Dan’s flow-spouting face.  Inside, a part of her screamed, “Fuck you, you arrogant fuck!”  Alongside the shame, and the blind anger, the most profound feeling of all was a wish that something, just one thing, could be simple.  Clear.  Easy.  Known.

With swift and precise movement, Madeline pushed Dan backwards on the couch, threw her leg across his lap so she fully straddled him, and gripped his head between her two hands.  “Want to know what I think you should do?”  Madeline moved in, her lips, tongue, teeth showing all of the threat, and all of the promise, of a wild and starving animal.  She threw her head back, panting hard.  “Any questions?” she asked.

One Reply to ““Haven of Love” (cont.) from the novel “Pushing the River”” 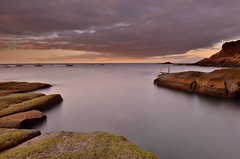 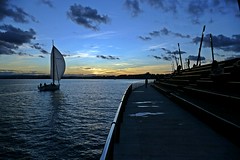 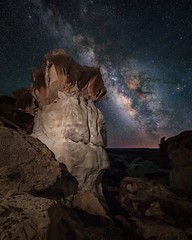