I promised myself that if/when I ever wrote another novel after the first two, I would not put one word down until I had a story, a plot let’s say, with a distinct beginning, middle and end that was already known to me.  AND, that I would write the thing in order, starting with the first word of the first chapter and proceeding in an orderly fashion to the end.

My first novel began as a memoir, for which I was lucky enough to land a wonderful literary agent rather quickly.  She and I worked really hard together; she edited my manuscript with the proverbial fine-toothed comb, and I re-re-re-rewrote the book extensively based on her suggestions.  Here is where I summarize several years of events in one sentence by saying, long story short, I ultimately decided to rewrite the entire thing as a novel, based on early feedback from editors at publishing houses.

The novel is episodic and, in parts, impressionistic.  It moves around between the past and the present.  What this translated into, at various points, was me having hard copies of all 45 chapters spread out on the tables, floor, window sill and chairs in my dining room, thinking about the exponential alternatives there were for putting the fictionalized chapters in the order that worked best for the book overall.  Sometimes I spent long hours staring at pieces of paper that had chapter names listed – by this time I knew the material so well, I could look at title names and rearrange the whole manuscript in my mind.  Then do it again.  Then…

This was not fun.

When I wrote the 2nd novel, I had the experience that authors dream of – I felt as if I were channeling the main character.  She told her story to me, clearly, in wonderful bursts, and I wrote it down.  Sadly, horrifyingly, she went silent.  For a really, really long time.  She had no idea where to go, and I had no idea how to end her story.  She and I stayed there for a long, long time.

AND, as her story was told via entries in her journal, 56 entries to be exact, I realized again that the order of events could be, and needed to be, reordered.  Yep. 56 chapters spread across the dining room.

The 3rd novel has a very definite story to tell.  It has a beginning, middle and end.  I!  know!  how!  it!  ends!!  Its characters are full and fleshed out.  Its narrator has a distinct and clear voice. Sigh.  Perhaps next time I will take the 2nd part of my own advice and write something in order.  Do writers do this?

I can hear the universe laughing.

*Artwork is two designs that were considered for the cover of my novel “You, in Your Green Shirt” 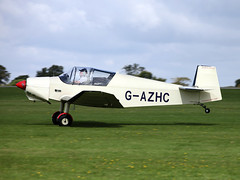 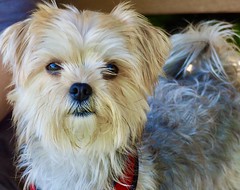